This may be the most wonderful time of the year, but the words “holiday travel” can strike fear into the hearts of many. Whether you’re flying out for Thanksgiving or sometime during December, holiday travel usually means long lines, crowded airports, and delays upon delays. At Elite Fixtures, we’re about all things home, including home for the holidays. So, we decided to conduct a study into best and worst airports, airlines, and days for holiday travel.

Here are our findings:

When it came to airports during the last two weeks of December, Texas has a problem. Three of their biggest airports, Dallas/Fort Worth, Dallas Love Field, and William P. Hobby (Houston), are all in the top 10 worst airports, with William Hobby in the top spot. William Hobby had 42% of all flights delayed, 1.3% cancelled, and an average delay time of 46 minutes. Oakland International, ranked number two, was similar with 42% delayed, 0.6% cancelled, and a 46-minute average delay. 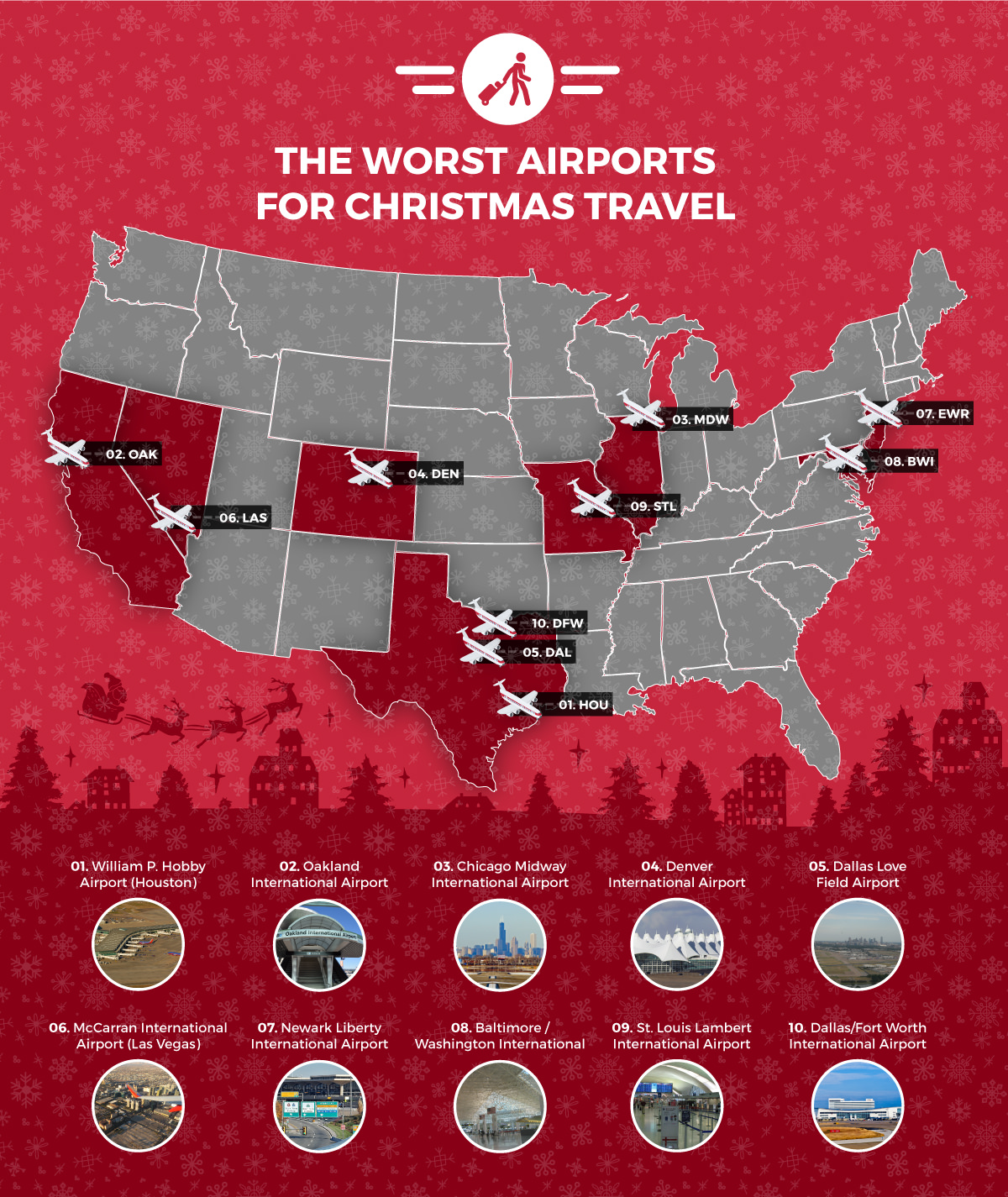 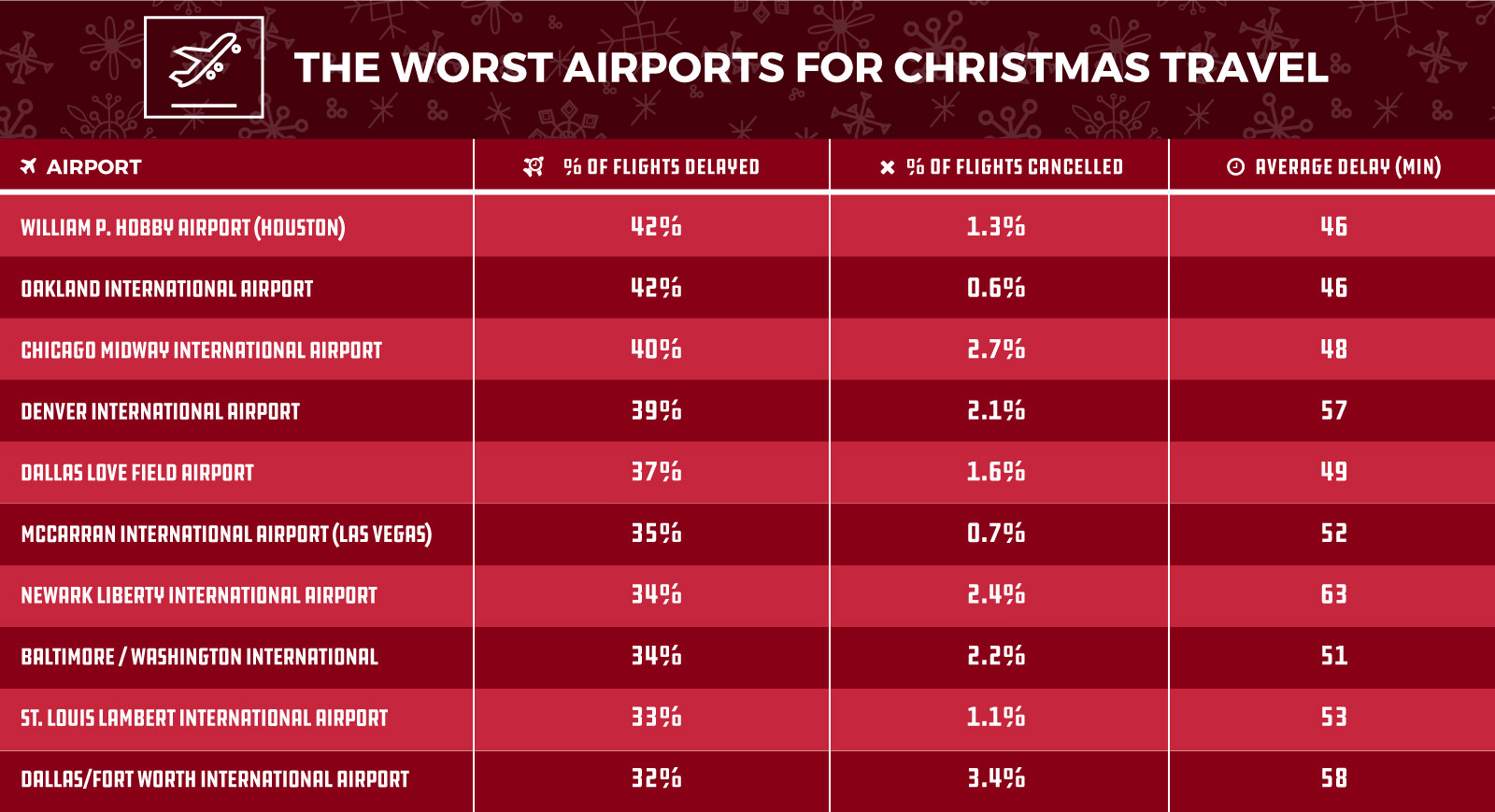 For the worst days of travel during the last two weeks of the year, the 27th and the 23rd were the two worst days. They each had 34% of flights delayed and a 59-minute average delay time. The 27th had a higher percentage of cancelled flights at 2.3 compared to 1% for the 23rd. 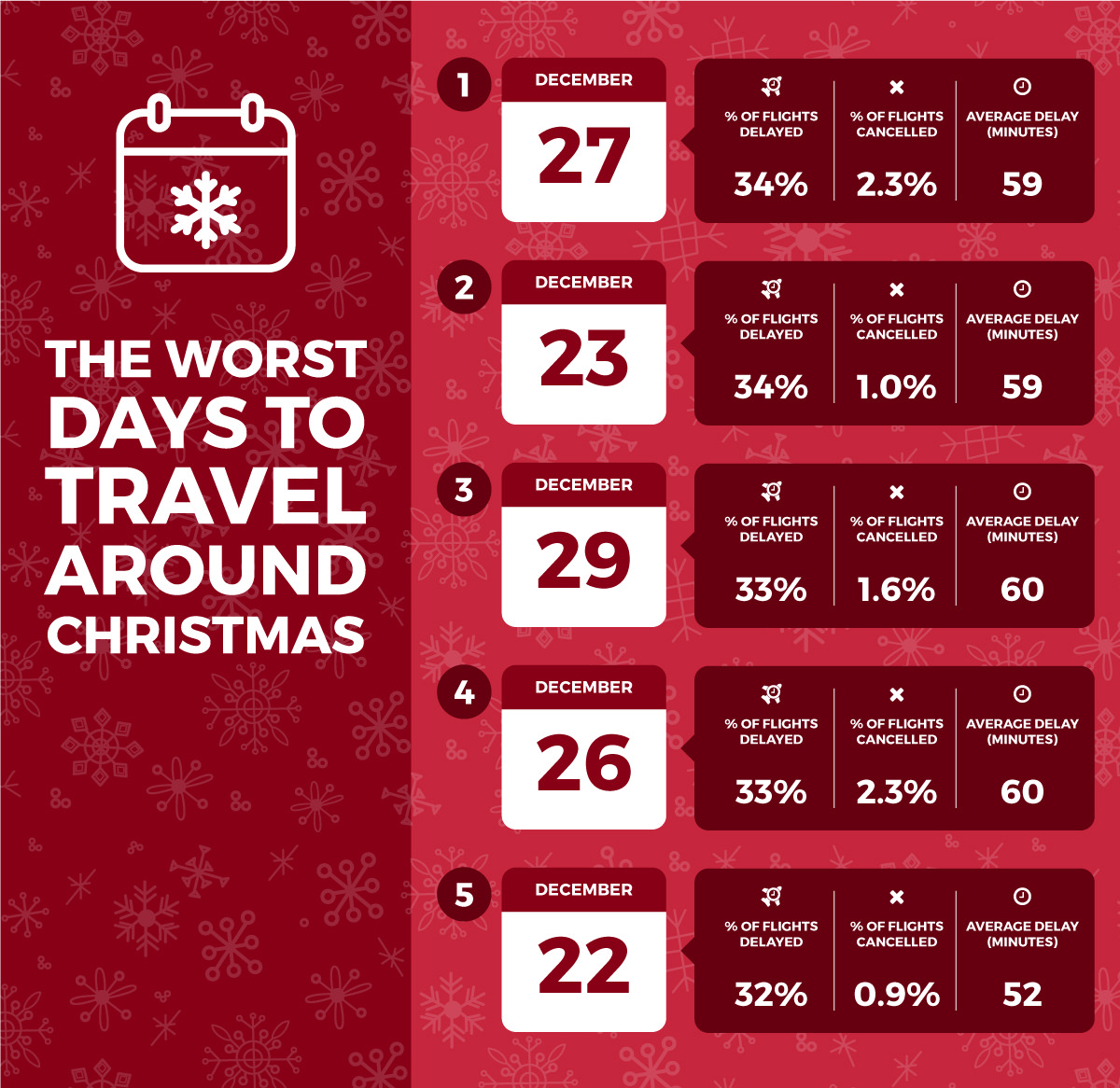 As far as the worst airlines, Southwest came in at the number one spot. Frontier, Spirit, Jetblue, and United round out the top five.

When it came to the best for Christmas travel, Honolulu came in as the best airport. They had only 12% of flights delayed and 0.6% cancelled. However, they did have an average of 60 minutes for delays. A few major airports made the best list as well, including Ronald Reagan in D.C., Detroit Metropolitan Airport, and Seattle-Tacoma International. 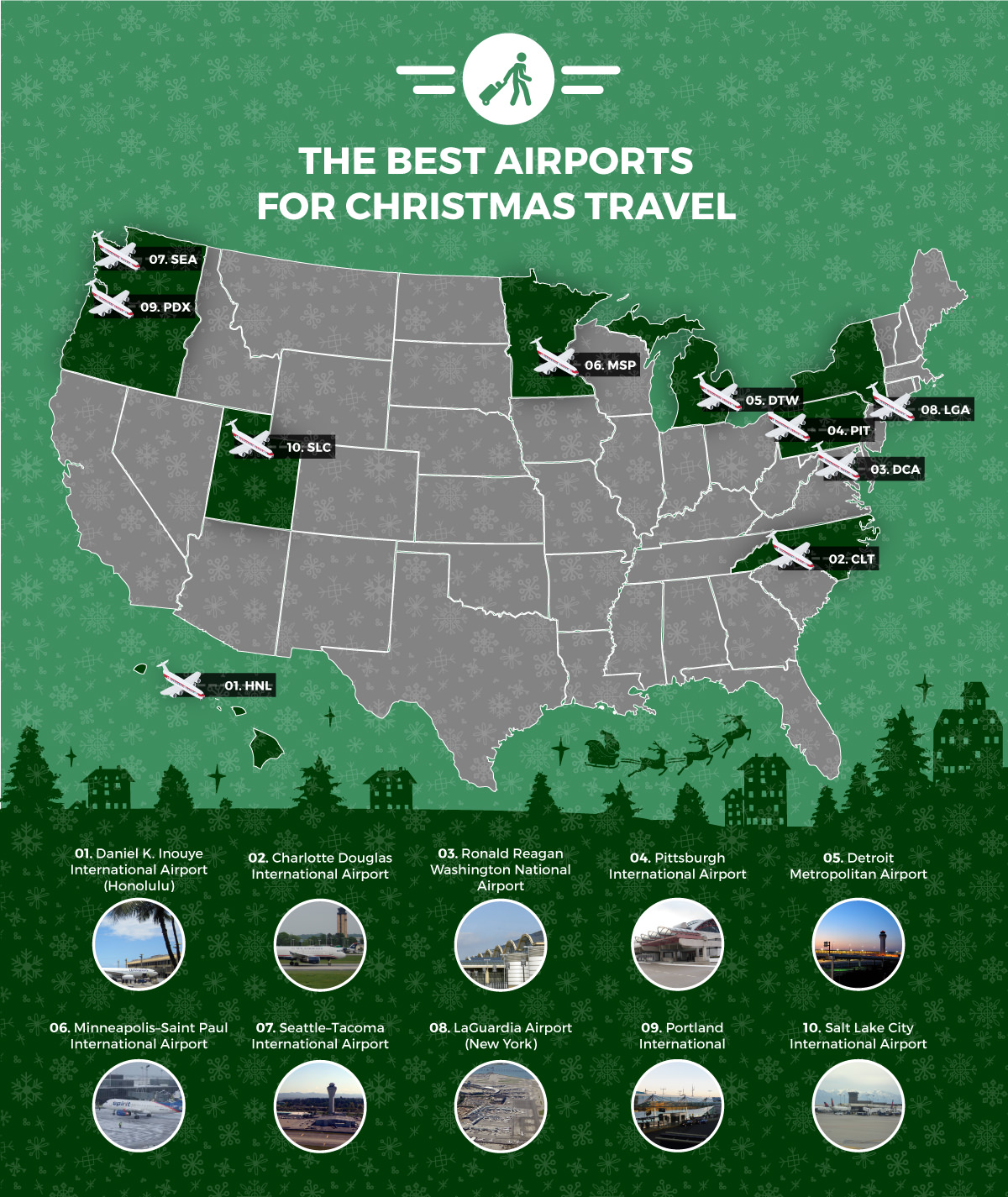 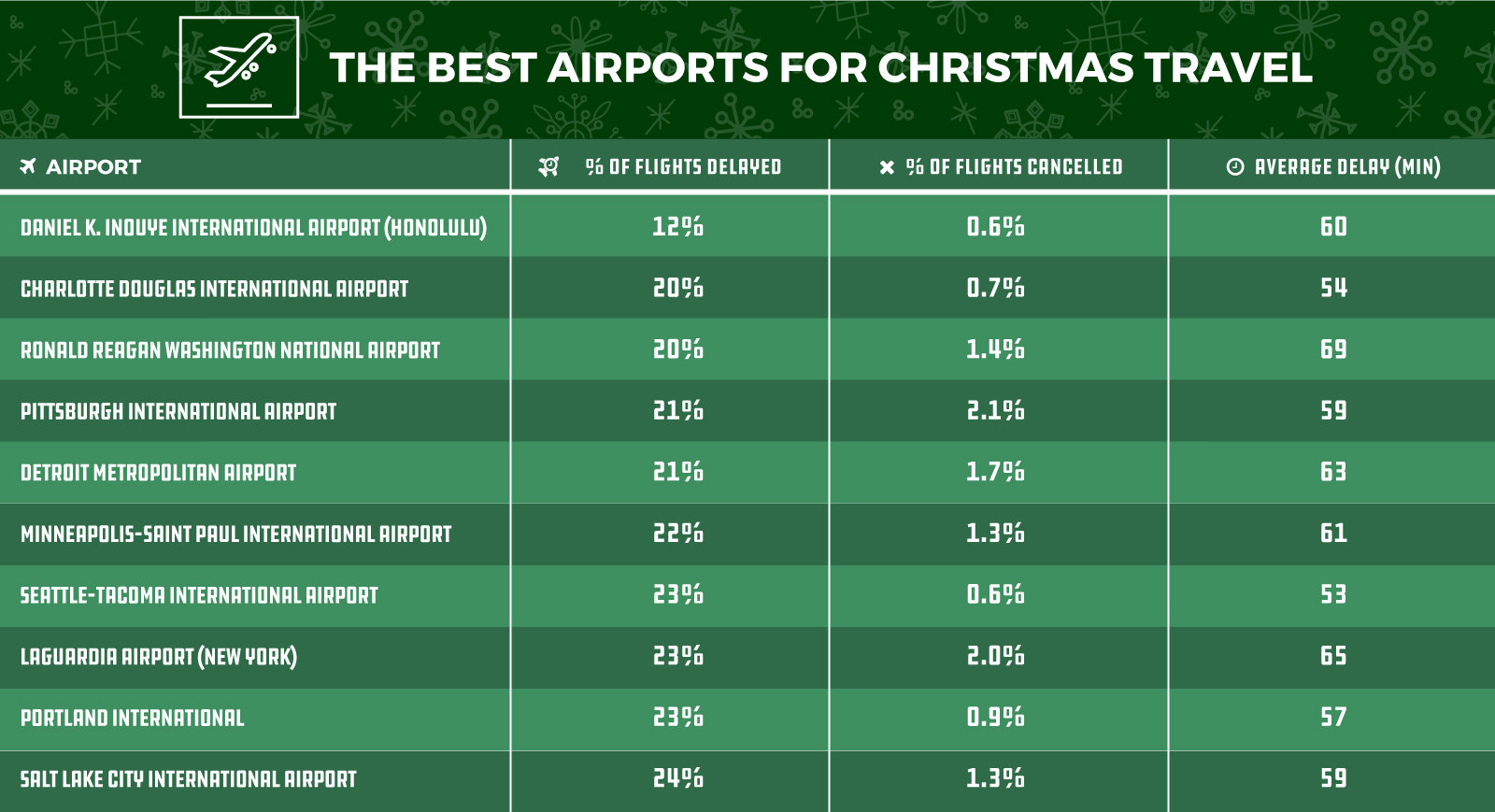 We found the best day to travel would be on Christmas itself. It would be up to you to decide if the tradeoff is worth it. Eighteen percent of flights on Christmas were delayed and 1.7% were cancelled. New Year’s Eve was the second-best day, and Christmas Eve was third. 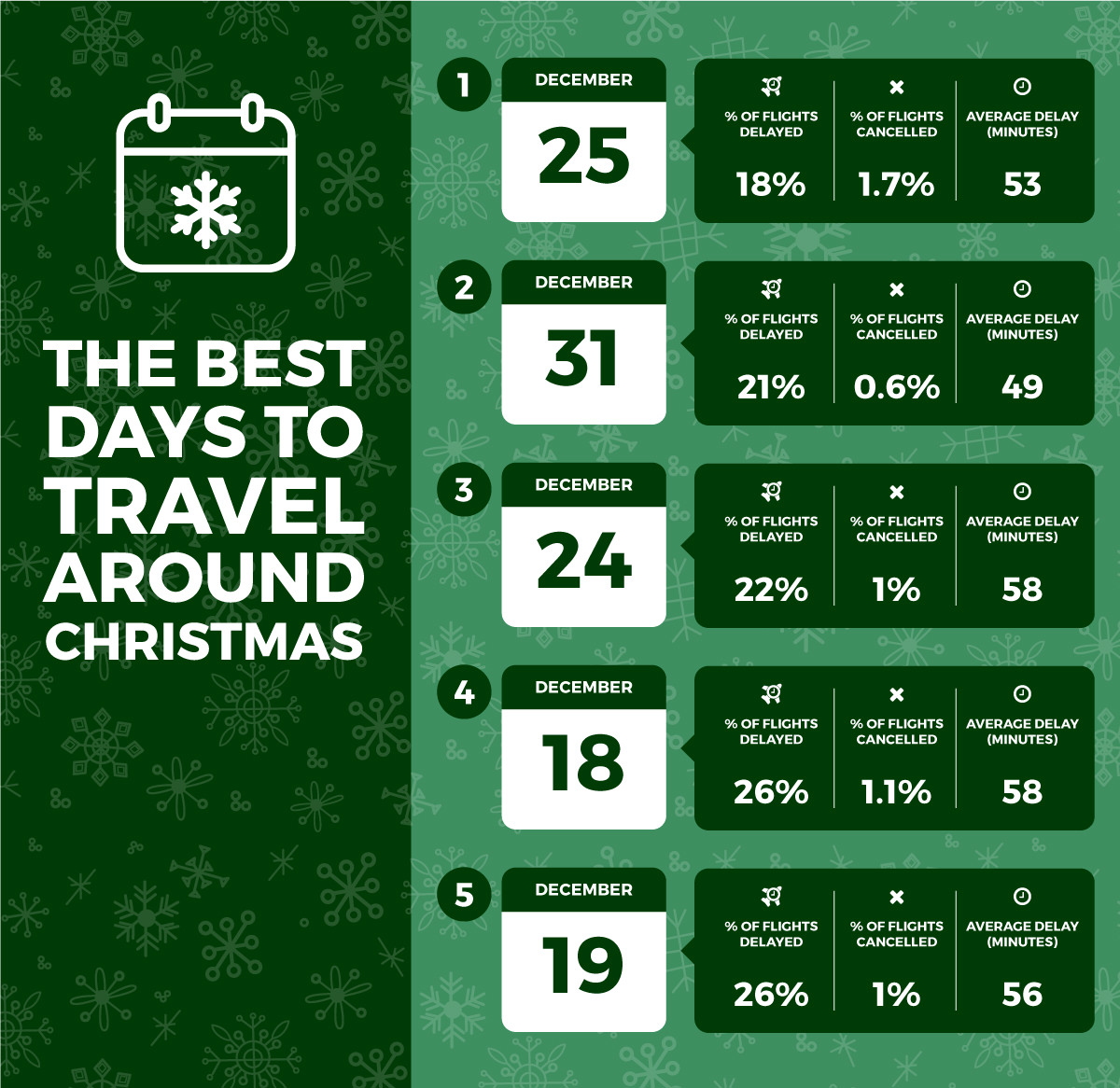 Many of the smaller airlines made the list for best during this timeframe. Hawaiian Airlines was the top airline, followed by Alaska Airlines, Mesa Airlines, Delta, and Endeavor. 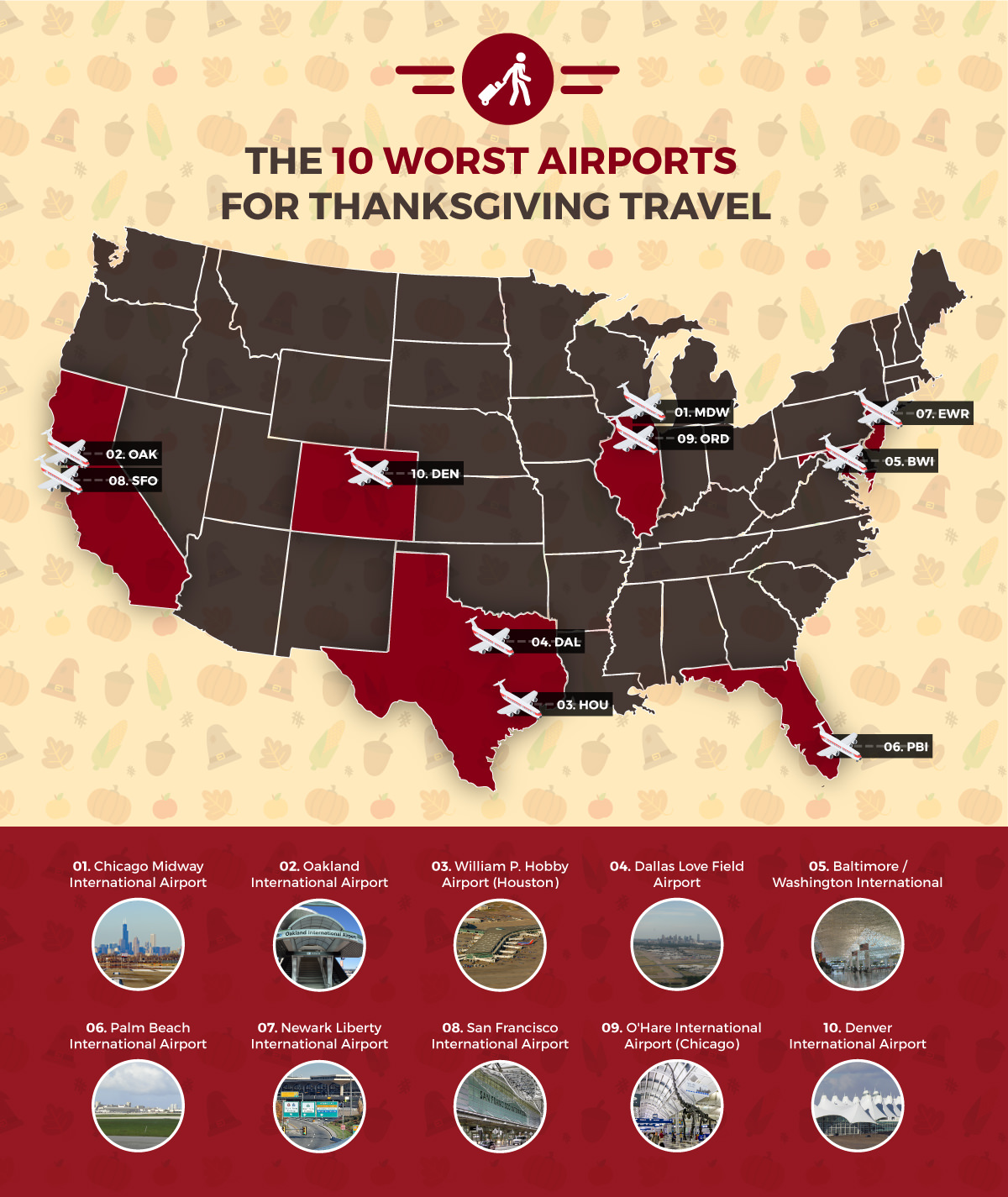 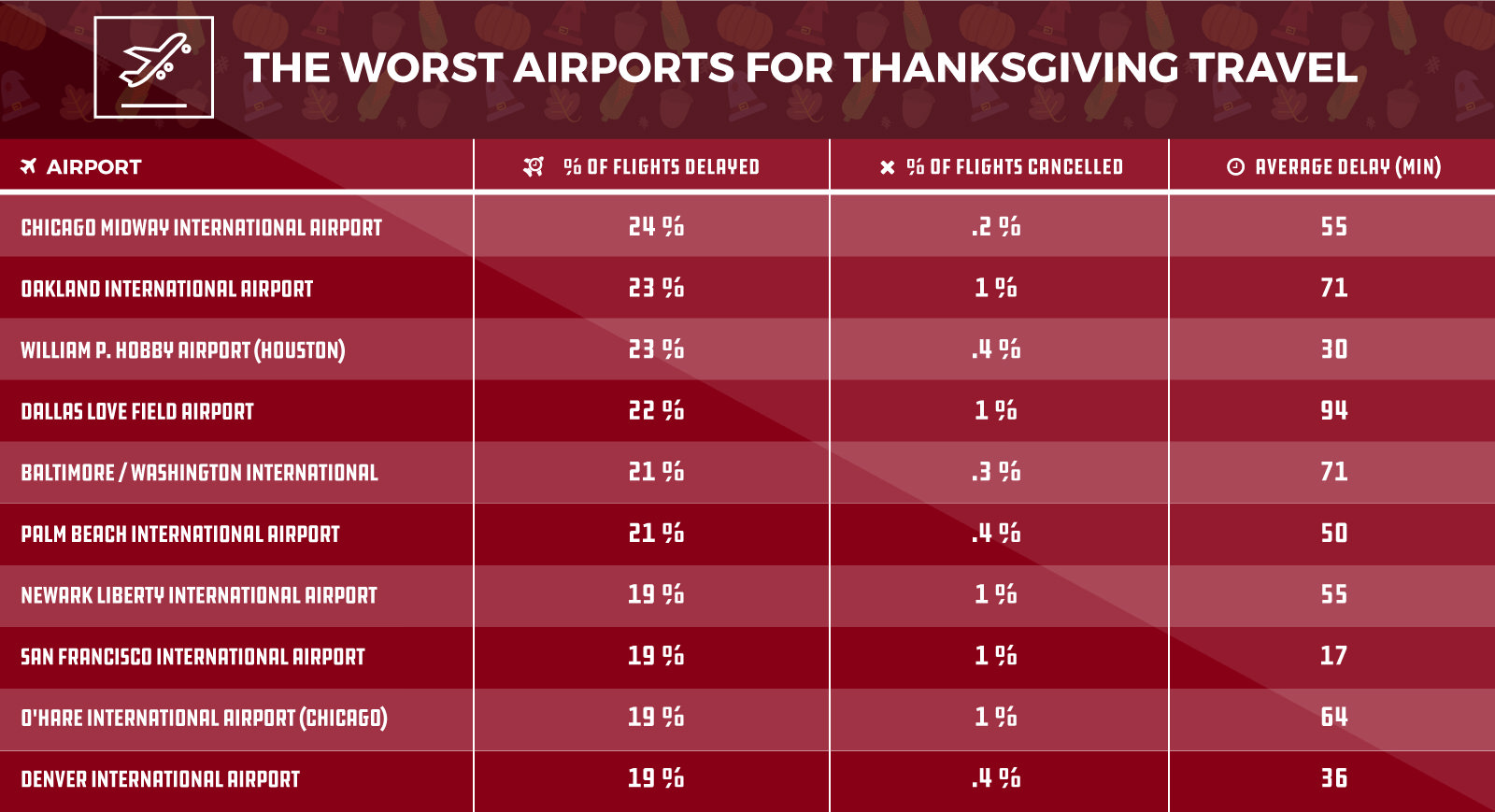 For the worst airlines, Southwest again took the top spot. While the percentages were lower than December travel, it still was the worst among airlines. Frontier, Jetblue, Envoy, and Delta rounded out the top five — very similar to the December list.

If you’re headed somewhere else for the holidays, chances are you’re going to have to endure some travel woes. Whether that’s traffic on the road or delays at the airport, you’re not alone in your struggle to get there. Hopefully, you won’t be heading through one of the airports on our worst airports list. From all of us at Elite Fixtures, safe travels and happy holidays.

Not a typical business blog... Elite Fixtures brings you the best lighting, home decor and DIY ideas all in one place!

See what gift product is flying out the door and why! elitefixtures.com/blog/post/2…

Cyber Sales All This Week at: elitefixtures.com. More about it on our blog:... fb.me/6ypzlQS2k

Happy Thanksgiving! Here's a fun exercise on your day off! Find the 16 TURKEYS in the photo! Or get the all clues... fb.me/1JHzswjEo